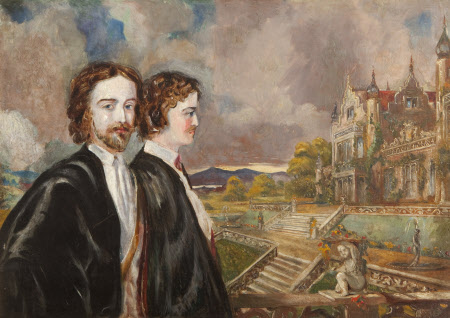 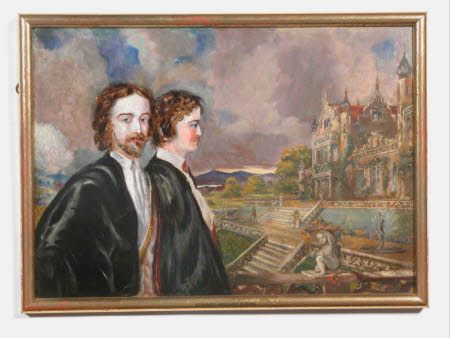 Oil painting on canvas, Edward Heneage Dering (1826-1892) and Marmion Edward Ferrers (1813-1884), in the grounds of a Victorian country House by Rebecca Dulcibella Ferrers Orpen, later Mrs Edward Dering (1830 – 1923). With a fanciful impression of Surrenden Dering in the background.