A River Landscape with a Ruined Tower, Ireland 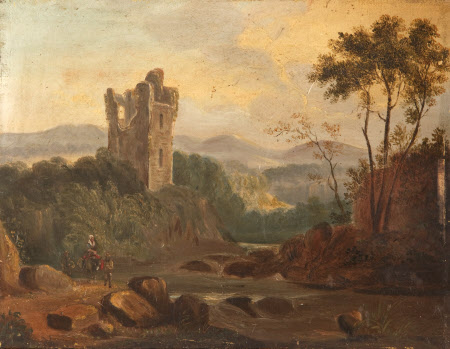 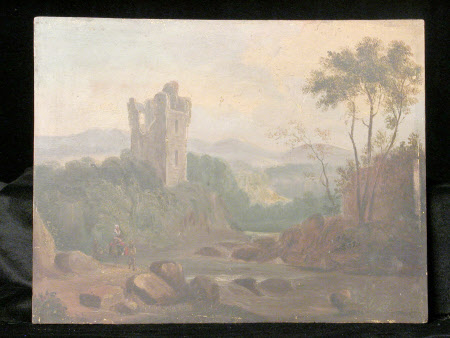 Oil painting on paper, A River Landscape with a Ruined Tower, Ireland, by Rebecca Dulcibella Orpen, later Mrs Edward Dering (1830-1923). A river with boulders in the foreground. A wall and a tall tree in leaf on a bank in the right middleground and a ruined tower on a wooded bank opposite. A figure on horseback is led by a figure on foot along a path below the tower. A series of hills or mountains can be seen in the distance.