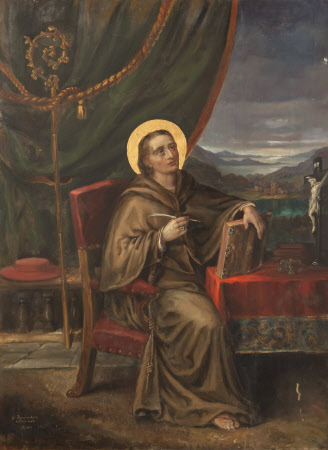 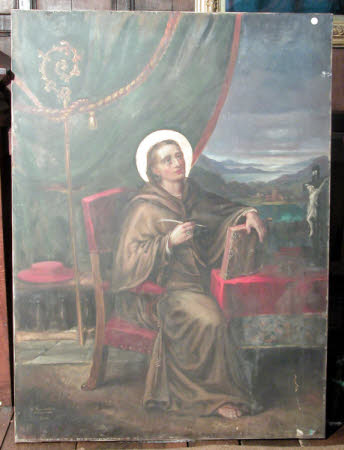 Oil painting on canvas, Saint Bonaventure inspired to write, by Rebecca Dulcibella Ferrers Orpen, later Mrs Edward Dering (1830 – 1923), signed and dated 1890. Seated on a table, supporting a book, in the act of writing, his gaze directed upwards, above the crucifix on the table; landscape and curtain background.