The Death of Saint Francis 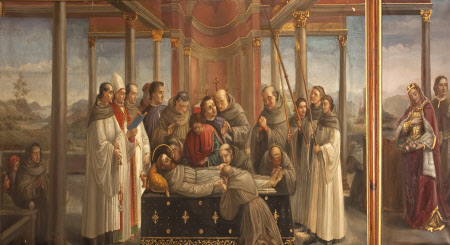 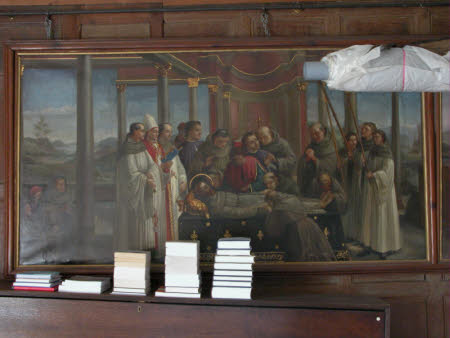 Oil painting on canvas, The Death of Saint Francis, by Rebecca Dulcibella Ferrers Orpen, later Mrs Edward Dering (1830 – 1923). Religious painting of the veneration of a saint, one smaller panel separate.