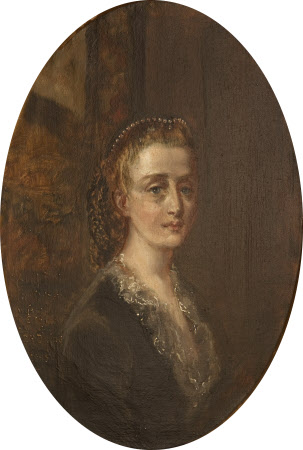 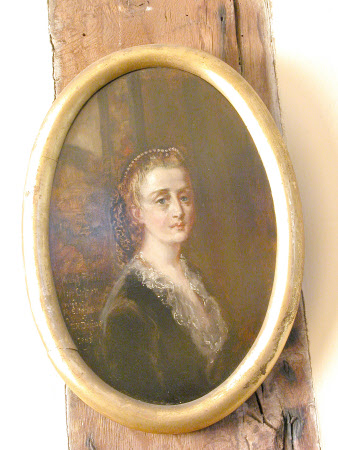 Oil painting on canvas (oval), Self-portrait by Rebecca Dulcibella Orpen (1830-1923), inscribed and dated 1885. An oval framed, bust-length self-portrait with the sitter turned towards the right and looking out beyond the spectator. She wears a dark green dress with a white lace collar and her hair is dressed with a net and pearls. A painting hangs on the wall behind her. She was the daughter of Abraham Orpen and married firstly 1867 Marmion Edward Ferrers (1813-1884) and secondly in 1885 Edward Henege Dering (1826-1892). Retained Baddesly Clinton for her lifetime