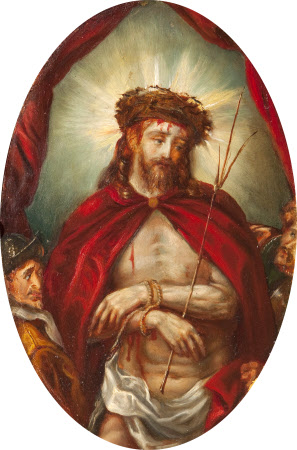 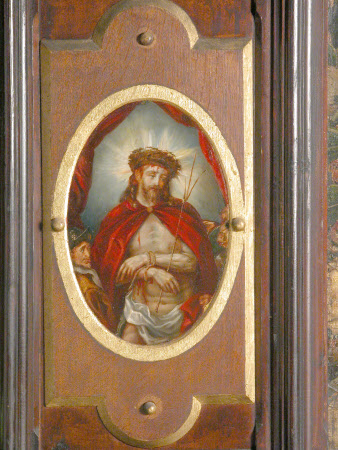 Oil painting on panel, Ecco Homo by Rebecca Dulcibella Ferrers Orpen, later Mrs Edward Dering (1830 – 1923), 1877. Painted within the oval recessed centre of the panel, the edge painted in gold leaf. Half-length figure of Christ wearing a red cloak and a white loin cloth, his hands bound and wearing the crown of thorns. He holds a reed in his right hand. Blood drips from his forehead and a wound in his right side. He looks towards the right and is flanked by soldiers to left and right. A Holy light emanates from behind him and red curtains frame the scene.