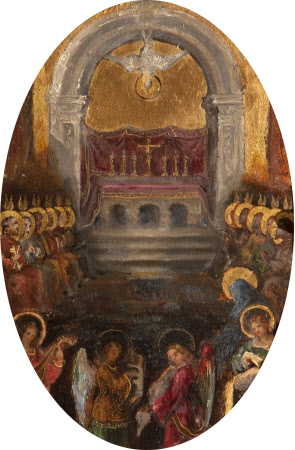 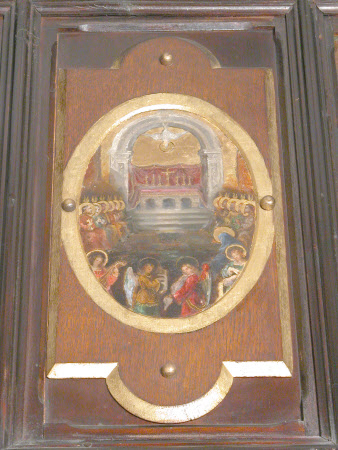 Oil painting on panel, Pentecost by Rebecca Dulcibella Ferrers Orpen, later Mrs Edward Dering (1830 – 1923), 1877. Painted within the oval recessed centre of the panel, the edge painted in gold leaf. Angelic figures play musical instruments in the foreground and two rows of haloed Saints sit facing one another in prayer to either side of an altar at the centre. There is a stone arch around the altar and the dove of the Holy Spirit is suspended above it.