The Risen Christ (The Ascension) 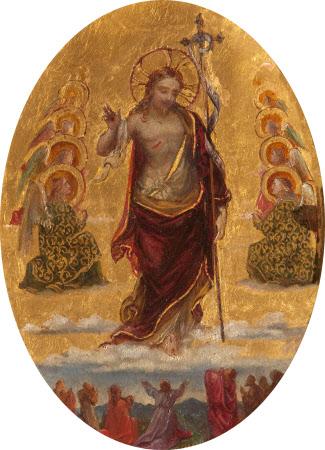 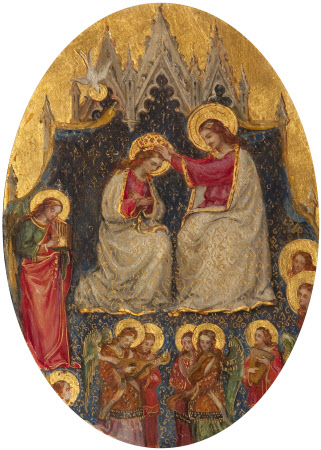 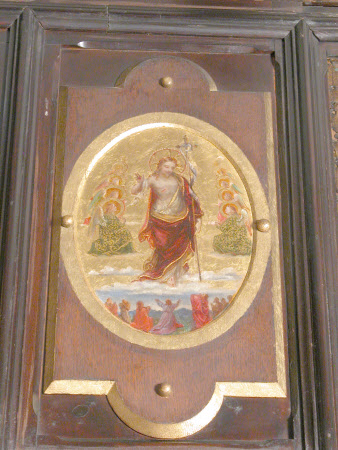 Oil painting on panel, The Risen Christ (The Ascension), by Rebecca Dulcibella Ferrers Orpen, later Mrs Edward Dering (1830 – 1923), 1877. The scene is painted within the oval recessed centre of the panel, the edge and background painted in gold leaf. Christ stands clothed in a red and gold robe, his right arm raised in blessing and holding a cross in his left. Angels kneel in prayer to either side. Christ stands on clouds and looks down towards earth below where a group of people kneel and gesture heavenwards in worship.