View of Baddesley Clinton from the North East 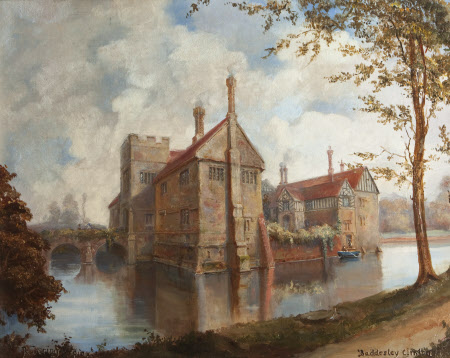 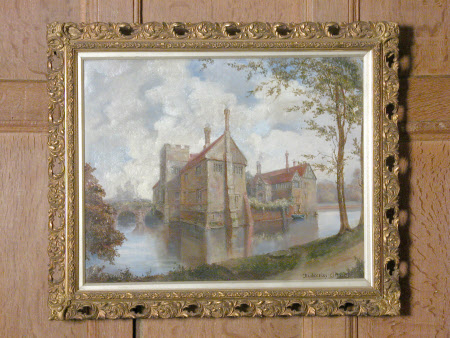 Oil painting on canvas, View of Baddesley Clinton from the North East, by Rebecca Dulcibella Ferrers Orpen, later Mrs Edward Dering (1830-1923), inscribed and signed R.Dering, circa 1890. A view of the house from the banks of the moat with the house in the background. A path is seen in the immediate foreground with a bush at far left and tall trees in leaf at far right. The reflection of the house in the moat occupies the middleground and a small blue boat is moored on the water below the wall of the inner courtyard. The bridge leading to the gatehouse is seen to the left and the half-timbered wing of the house to the right. The house is set against a background of cloudy white sky.

Presented to John Margetts of Warwick and returned to Baddesley Clinton in 1971; acquired through the National Land Fund and transferred to the National Trust in 1980