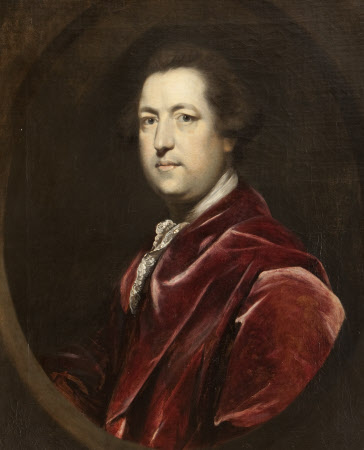 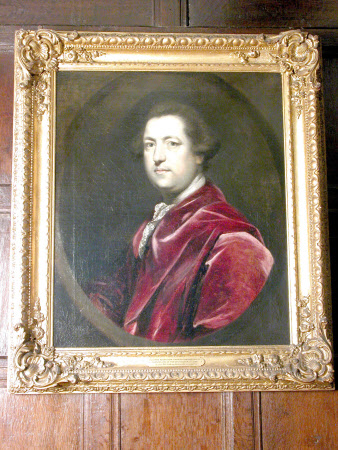 Horace Walpole said of this Chancellor of the Exchequer: ‘His fame illustrates the willingness of his colleagues to let bombast and wit atone for instability of character’. The original of this picture appears to have been lost, but it was engraved in 1770. It seems probable that this portrait came to Baddesley Clinton on Edward Ferrers’s marriage to Lady Harriet Townshend in 1813.

Oil painting on canvas, The Rt Hon. Charles Townshend, PC (1725-1767), Sir Joshua Reynolds PRA (Plympton 1723 - London 1792) and Studio. A painted oval, half-length portrait of the sitter set against a plain brown background, turned towards the left and looking out at the spectator. He wears a short brown wig and a generously cut red velvet robe or cloak, a white lace cravat at the neck. Townshend was Chancellor of the Exchequer in the Earl of Chatham's government from 2 August 1766 - 4 September 1767.