Elizabeth Gunning, Duchess of Hamilton and Duchess of Argyll (1734 – 1790) (after Katherine Read) 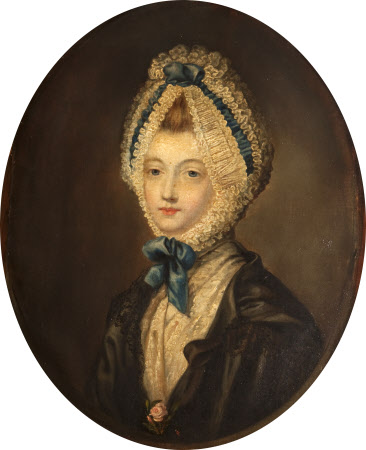 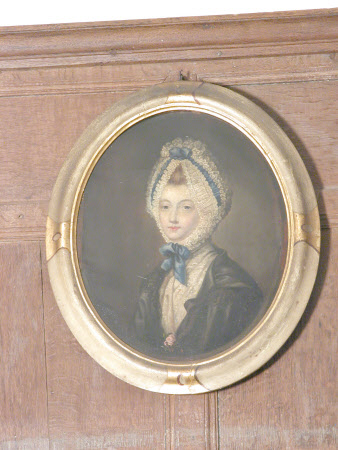 Rebecca Orpen was a talented amateur artist who married Marmion Edward Ferrers (1813-84) of Baddesley Clinton. She was prolific, working in both oil and watercolour, and much of her work remains in the house today. She and her husband lived at Baddesley with her aunt, Lady Chatterton and her husband, Edward Heneage Dering. They became known as ‘The Quartet’, revelling in art, history and their religion. On the death of their spouses, Rebecca and Edward Dering were married. The original of this picture was painted around 1770. The sitter was a celebrated beauty, who married two Dukes. Firstly, in 1752, James, 6th Duke of Hamilton and secondly, John Campbell, afterwards Baron Sundridge, and 5th Duke of Argyll (1723-1806). In 1776 she was created Baroness Hamilton in her own right.

Oil painting on panel (oval), Elizabeth Gunning, Duchess of Hamilton and Duchess of Argyll (1734-1790) by Rebecca Dulcibella Orpen (1830-1923) after a Katherine Read of c.1770. Inscribed and signed on the verso. A head-and-shoulders portrait with the sitter turned slightly towards the left, looking out at the spectator. She wears a black cloak open around her shoulders and a white shawl underneath. A pink rose is pinned at her breast. The Duchess wears an elaborate frilled bonnet of white lace which is tied under her chin with a blue satin bow, the blue ribbon and frilled lace continuing to either side of the head. She is set against a plain, grey background.