Atlas of the Counties of England and Wales 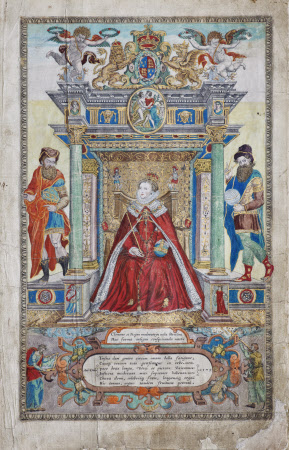 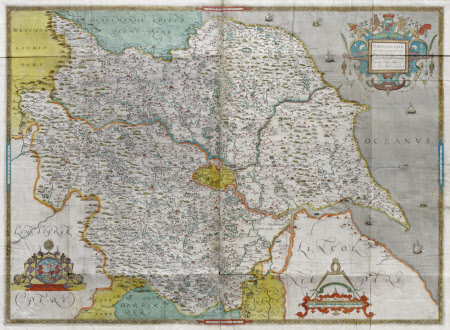 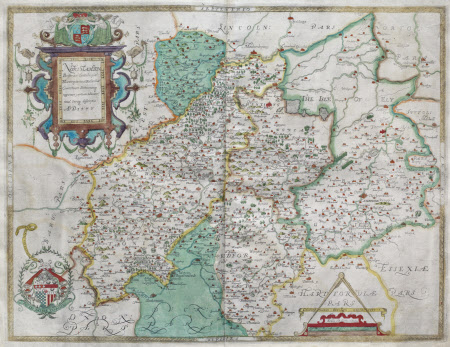 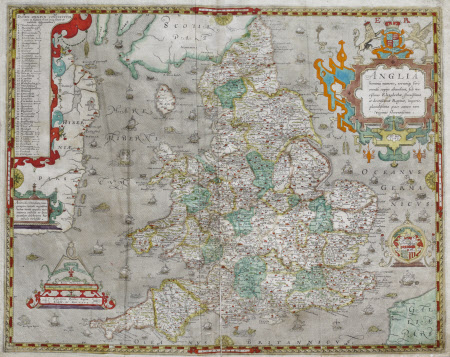 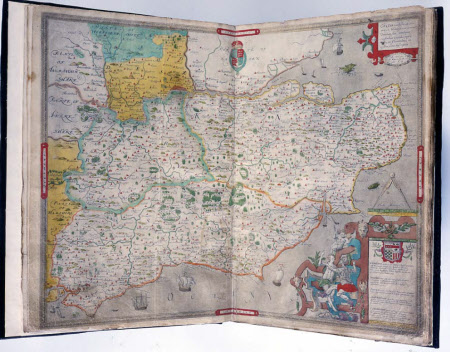 The cartographer Christopher Saxton (c.1540–c.1610) spent years surveying the counties of England and Wales to produce the first national atlas in 1579. Saxton was supported by Queen Elizabeth I, whose portrait appears on the frontispiece, and the courtier Thomas Seckford (1515/16–87), whose coat of arms appears on each map. Accurate maps were of critical importance at a time when the country feared foreign invasion from Roman Catholic Spain, and Saxton was given every assistance with the process of surveying, and the work was quickly published. The carefully drawn engravings were undertaken by an émigré team of Netherlandish engravers, several with experience in European cartography. It is an extraordinary testament to the accuracy of Saxton’s maps that they continued be used and revised until 1801, when the Ordnance Survey began publishing its ‘one inch’ series of maps. The atlas went through numerous revisions, and this version dates to 1590, when the index was revised.

Atlas of the counties of England and Wales (London, ca. 1590), by Christopher Saxton. Bound in sixteenth-century full dark brown calf over boards, with gilt centrepiece, fillets and cornerpieces.

Royal patronage greatly assisted Christopher Saxton in his surveying work. In 1575 the queen asked that Saxton be given assistance wherever he went on his county survey; this request was extended to Wales the following year. Having worked on his county maps for over two years, in 1577 Saxton was granted a royal privilege. This gave him the sole right to publish his own maps for ten years, an important legal safeguard against plagiarism. During production William Cecil, Lord Burghley (1520-98), Elizabeth I’s Lord Treasurer, pulled and annotated early proof copies. Involvement in production by such senior statesmen is indicative of their growing awareness of the importance of accurate mapping. Apart from his home county of Yorkshire, the scale of each of Saxton’s counties is varied to fit a single copper plate. The maps were engraved by Remigius Hogenberg, Cornelis de Hooghe, Nicholas Reynolds, Augustine Ryther, Francis Scatter and Lanaert Terwoort, Flemish engravers working In London. It has been suggested that Saxton himself may have engraved the maps of the Welsh counties and Herefordshire. Many of the plates continued to be used by other well-known mapmakers, who made minor revisions, throughout the seventeenth and eighteenth centuries. A rarity on the second-hand market, Lord Fairhaven acquired this, the Chichester Cathedral copy of Saxton’s atlas, in 1947.