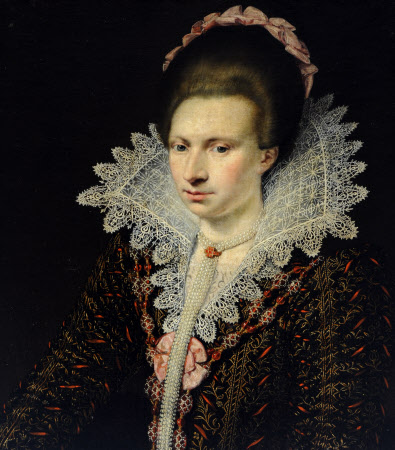 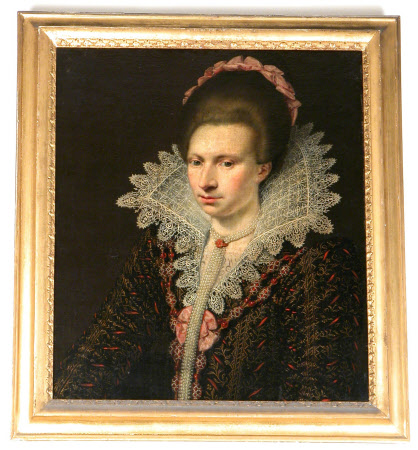 Oil painting on canvas, An Unknown Lady, possibly Isabel Harpur (b. c. 1597), attributed to Jan Anthonisz. van Ravesteyn (The Hague c.1570 – The Hague 1669), early-mid 17th century. A half-length portrait of a woman, turned slightly to left, her hair dressed on top, wearing elaborate lace stand-up collar and ropes of pearls clasped with a jewel at the neck and hanging down at the front, and elaborately embroidered dress.