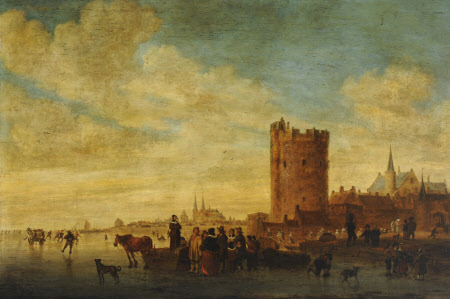 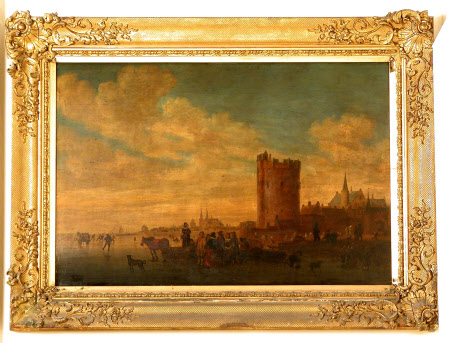 Oil painting on canvas, Winter Scene, Dutch School 17th century. A cluster of figures on ice around a horse drawn sleigh in the foreground. A round tower and spires of a town in the distance.