King David and the Shew Bread 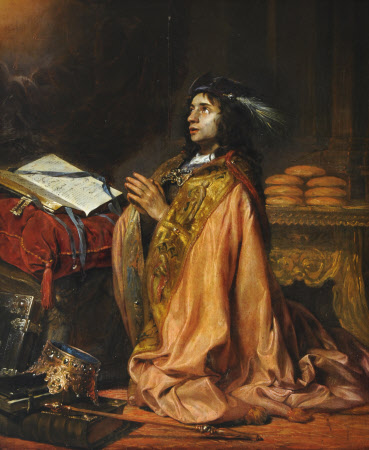 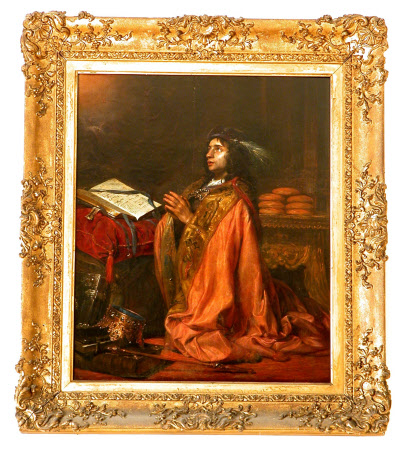 Shewbread (literally ‘Bread of the Presence’, because it was required that the bread be constantly in the presence of God) was always present on a specifically dedicated table in the Temple of Jerusalem as an offering to God. The Old Testament recounts how King David went into the temple and ate the showbread, which only the priests were allowed to consume, also giving some to his companions. He is here shown at prayer, the showbread behind him, although the sumptuous setting looks little like a temple. Although he wears a hat, his crown has been placed on the floor beside him.

Oil painting on panel, King David and the Shew Bread by Jan de Bray (Haarlem c.1627 – Haarlem 1697), signed and dated 1662. A praying man with a pink cloak and a hat with a feather, kneels in front of an open book, a crown and sword on the floor in front of him.

Christie’s, 3 May 1929, lot 72, as 'King David Kneeling in Prayer' by J. de Bray (under ‘Other Properties’), at which purchased by ‘Willis’; acquired by the National Trust as part of the collection at Calke Abbey, 1985.