A Barn Interior with a Woman preparing Food 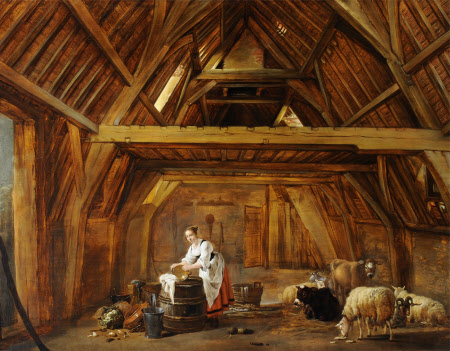 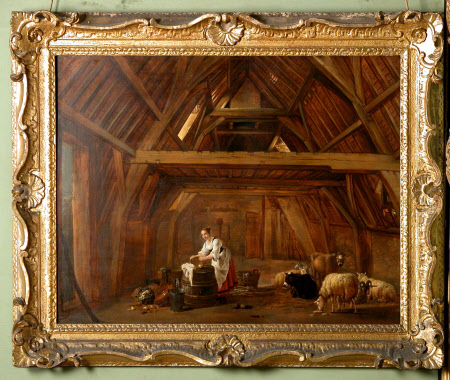 Oil painting on panel, A Barn Interior with a Woman preparing Food by Cornelius Saftleven (Gorinchem 1607 - Rotterdam 1681), signed lower right; 'Saftleven, f'. A barn interior is shown with a steep pitched roof on wooden beams, a loft floor above and a woman with animals on the ground. Two calves, four sheep and a goat are to the right and a woman washing dishes in a barrel to the left. She wears a red skirt and black bodice with a white blouse and apron. A smaller tub is behind and a pile of crockery, vegetables etc. in front. Cornelis and Herman Saftleven were brothers. Herman painted landscapes and farm still lifes but he moved from Rotterdam to Utrecht in 1632 and became primarily a landscape painter specialising during the last 30 or so years of his life in panoramic mountainous landscapes. Cornelis though he also worked for a time in Utrecht mostly painted interiors of stables and peasant cottages.