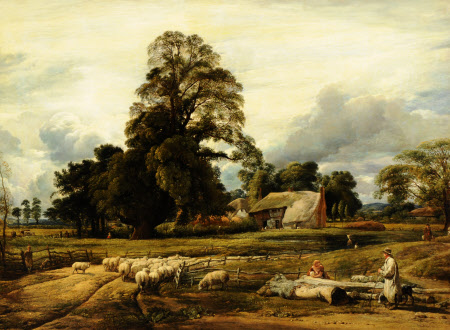 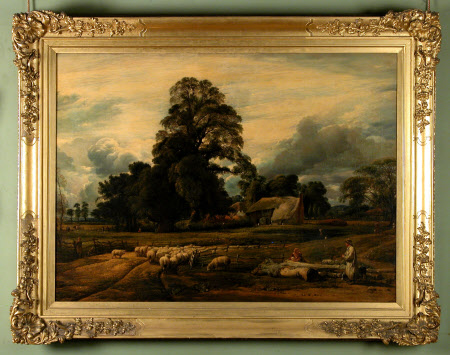 Oil painting on canvas, Kingsley Village near Thame, Oxon. by John Linnell the elder (London 1792 - Redhill 1882), signed and dated, lower left: J Linnell Fecit 1826. A country scene is shown with a shepherd boy and his dog in the foreground, talking to a girl with a baby. The flock of sheep walk along a track between fields and behond are two thatched houses. Other rustic figures are shown in the lush surrounding fields with large trees beneath a cloudy sky.