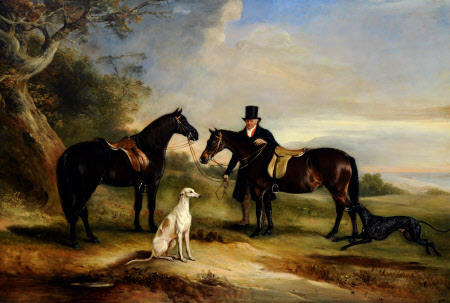 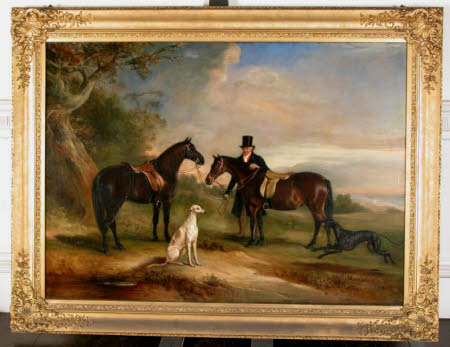 Oil painting on canvas, A Groom (Frank Spence) with two Ponies and two Greyhounds in a Landscape by John E. Ferneley (Thrussington 1782 – Melton Mowbray 1860), inscribed, lower right: J. Ferneley/Melton Mowbray/1837. A groom with two dark bay ponies and two greyhounds in a landscape. The groom is wearing a top hat, his left hand on the withers of one pony. A white greyhound sits in the centre and a black one runs in from the right side. (Inventory card) Isabel Harpur Crewe indicated that the groom is Frank Spence, Sir John Harpur Crewe's stud groom, with two ponies that belonged to Sir John as a boy. (House Guide, last revised 1996)