A Young Man in Armour 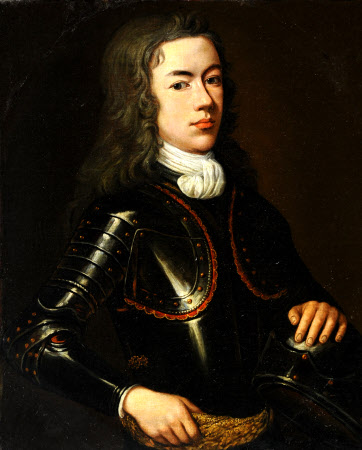 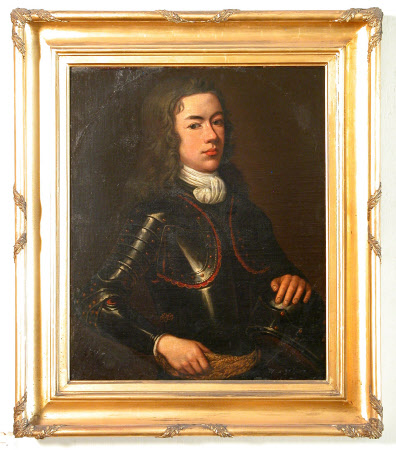 Oil painting on canvas, A Young Man in Armour, British (English) School, circa 1650. Half-length portrait of a young man, turned to the right, gazing at the spectator, wearing black armour, a white stock tucked in at the neck. He has shoulder-length natural brown hair his left hand rests on a helmet the thujb of his right hand tucked into his waist-sash.