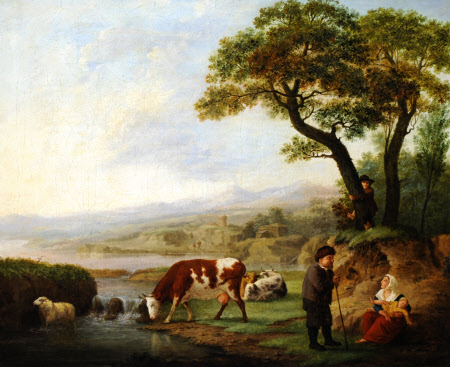 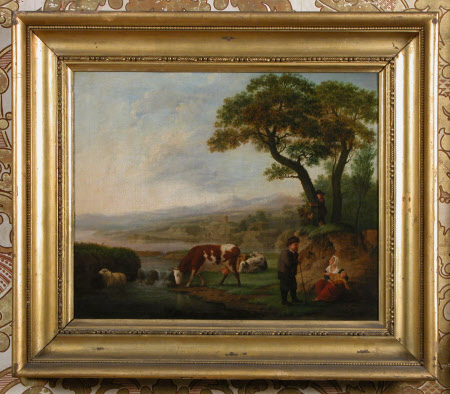 Oil painting on canvas, An Old Man conversing with a Seated Mother and Child in a River Landsape, Dutch School, early 19th century. In the foreground on the right under a tree is the figure of a man dressed in brown with a stick. Next to him is a seated woman with a child. To the left of them are cattle and sheep and behind a landscape, with water and mountains in the distance.