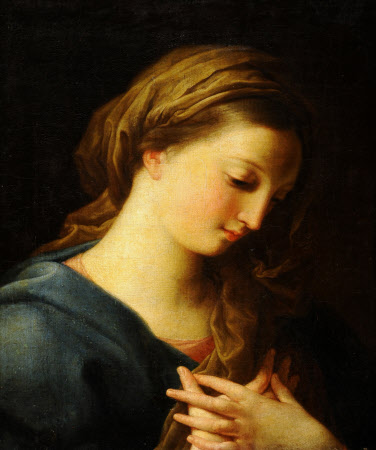 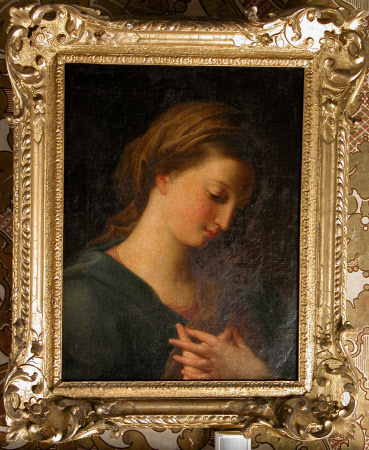 Oil painting on canvas, The Virgin Annunciate, possibly by Pompeo Girolamo Batoni (Lucca 1708 – Rome 1787), circa 1746. The picture shows the head and shoulders of the Virgin, she has a head covering and blue gown, her eyes are downcast and her hands crossed in front of her breast. The original of around 1741-1742 is in the Galleria Sabauda, Turin and another good version is in the Louvre.