Cavaliers at an Encampment 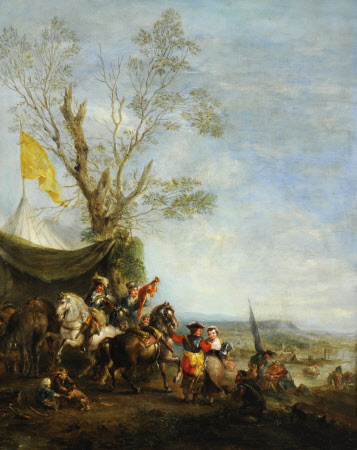 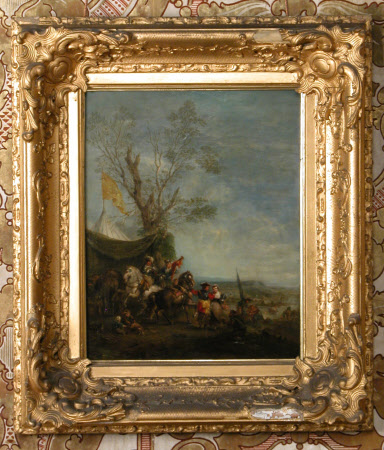 Oil painting on panel, Cavaliers at an Encampment, style of Philips Wouverman (Haarlem 1619 - Haarlem 1668), late 19th century. The scene shows a military encampment beside a tree, some men mounted, some on foot. In the background, to the right of the scene, is a landscape with, in the distance, water and more figures. (Paint flaking).(Inventory card). In the style of the 17th century Dutch artist Wouwermans who produced many convivial scenes of military life and was requently copied in the eighteenth and nineteenth centuries.

Calke Abbey was given to the National Trust by Henry Harpur Crewe (1921-1991) and the contents, including this painting, were acquired with the aid of a grant from the National Heritage Fund, thanks to a special allocation of money from the Government, in 1984.