Grooms and Horses at Calke Abbey 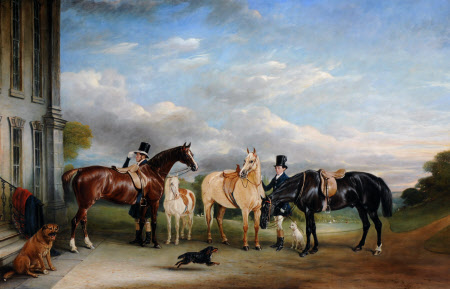 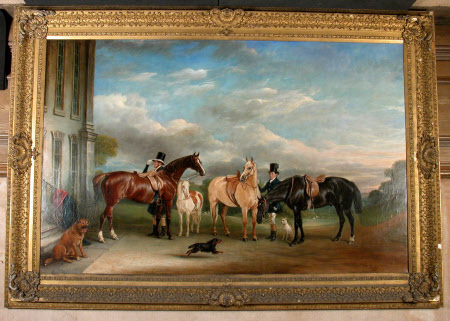 Oil painting on canvas, Grooms and Horses at Calke Abbey by John E. Ferneley (Thrussington 1782 – Melton Mowbray 1860), signed and dated, 'John Ferneley, Melton Mowbray 1850'. The grooms in blue livery with black top hats stand with three horses and a white pony in a landscape with deer behind. The groom on the left-hand side faces the steps to the house. Three dogs also in the painting. Bought by Sir John Crewe for £47.5.0.

Bought by Sir John Crewe for £47.5.0; and thence by descent until Calke Abbey was given to the National Trust by Henry Harpur Crewe (1921-1991) and the contents, including this painting, were acquired with the aid of a grant from the National Heritage Fund, thanks to a special allocation of money from the Government, in 1984