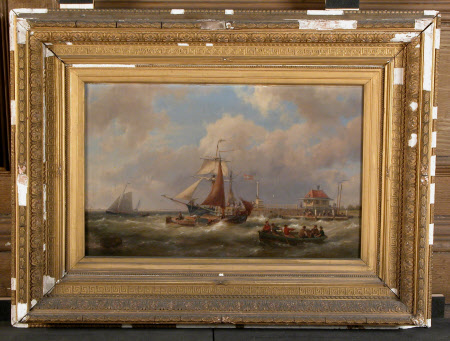 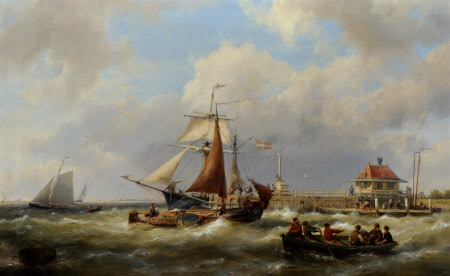 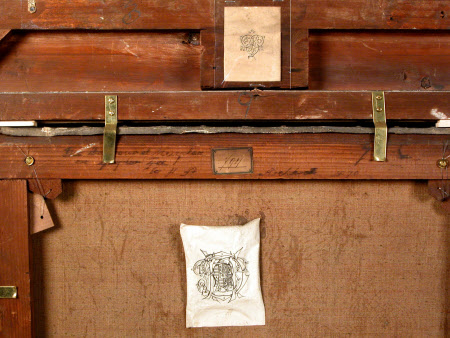 Oil painting on canvas, Muiden Harbour, Zuider Zee, Holland, 1870 by Hendrik Pieter Koekkoek (Hilversum 1843- Great Britain c.1890), 1870. The colours are mainly pinks and blues. To the right foreground are several figures in a rowing boat, behind them a quay with figures and a red roofed building. In the centre of the picture is a boat with mauve and white sails. The back of the canvas has an inscription giving the name of the harbour and dated 1870, with a Harpur Crewe monogram stuck on. Much damaged.

Verso: Inscribed in ink, on stretcher: The Harbour of Muyden / on Zyder Zee by H.P. Koekkoek 1870 Verso: Harpur Crewe monogram stuck on back