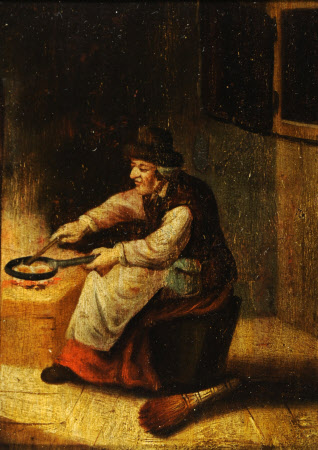 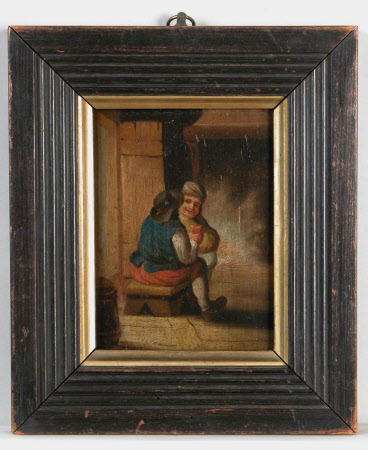 Oil painting on panel, A Woman frying Eggs, after Dutch School, 19th century. One of a woman seated, cooking over a fire a la Velasquez. Copies of older paintings.

the wife of Sir Samuel Sleigh.