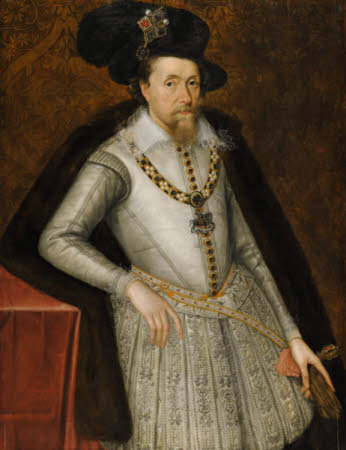 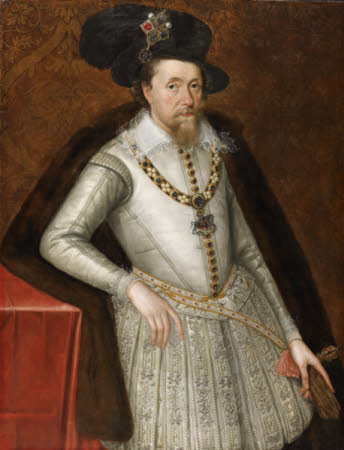 Oil painting on panel, King James I of England and VI of Scotland (1566–1625) by John de Critz the Elder (1551/2-1642). This picture is based on a full-length pattern by de Critz the Elder for which payments are recorded in 1606 and 1607, and of which autograph versions exist at Loseley Park, Surrey, and in the Dulwich Picture Gallery, London. Other three-quarter-length versions are in the Portland and Rosebery collections; this one formerly in the Haddington collection at Tyninghame House, East Lothian, was most recently sold at auction at Christie's, King Street, London, on 7 December 2011, lot 184.

Reputedly presented by the sitter to Sir Edward Phelips (c. 1550-1614), the builder of Montacute; thence by descent until sold at auction at Phillips, London, 15 December 1987, lot 36 (bought for £34,000); purchased by the National Trust at auction at Sotheby's, London, 6 July 2011, lot 41, with funds from the Miss Moira Carmichael bequest and from other gifts and bequests