A Prize Bull in a Landscape 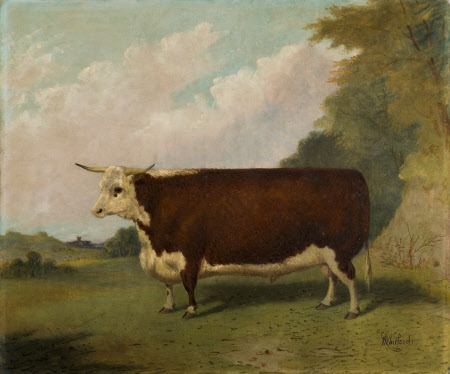 Probably commissioned by Edward James Herbert, 3rd Earl of Powis (1818-1891), and thence by descent; purchased by the National Trust at auction at Bonhams, 20 Januray 2010 (Gentleman's Library Sale), lot 163, with funds from Jeremy Rye and from other gifts and bequests.