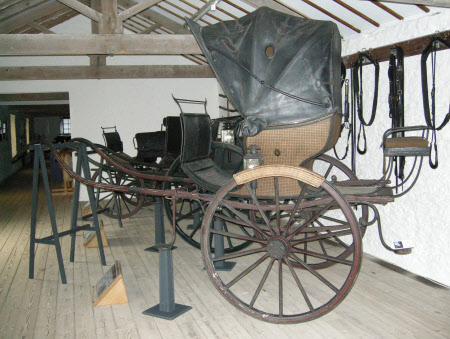 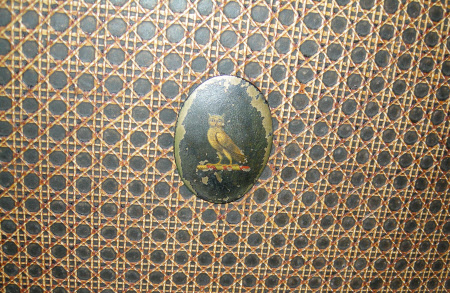 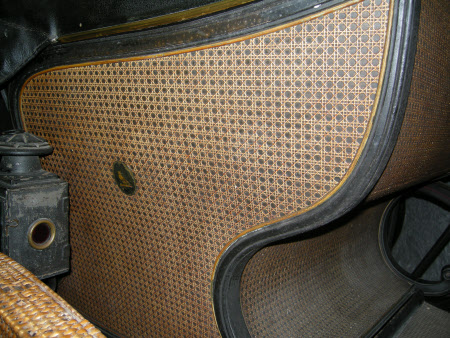 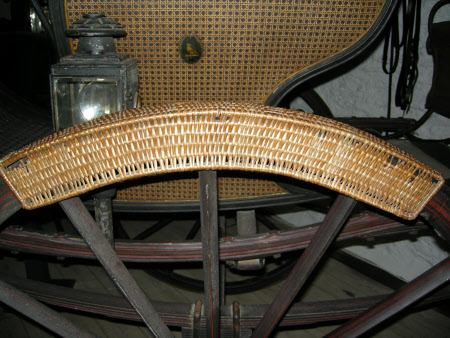 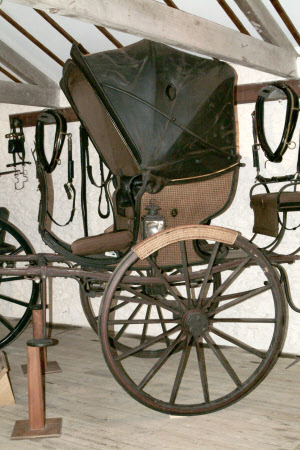 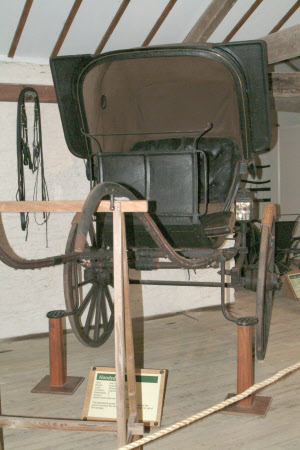 A handsome looking carriage, the occupants were seated high up and some protection could be provided from the elements by the folding head. With the head up, the driver would struggle to see around it, so there are two small windows which gave the driver some peripheral vision on each side.

Hooded Gig built by Holland and Holland of London circa 1840. Hooded Gig (two wheels) for a single horse. This carriage has wicker panels on the body and wicker wheel protectors. The gig has shaft,s a swingletree, two candle lamps and rubber footboards. The body is sprun on two side and two cross springs. The interior upholstery has three Melton cushions and the livery is in black with brown trim and red lining, in original condition.

A gig is a two-wheeled carriage seating two in the body, always driven by the owner, usually to a single horse, but occasionally to a tandem. This very elegant example was built in the mid 1800s by Holland & Holland, the celebrated London carriage builders (not connected with the well-known gun maker of the same name). It has a folding leather head, with small “eyes” in the sides to provide very limited sideways vision and, unusually, a seat for a groom behind the body. There is a basketwork cover for placing over the wheel by the groom, to protect the clothes of the passengers when getting in or out of the gig. The seat squabs are dark brown Morocco leather, which matches the body paintwork. The body has ‘sham cane’ on the panels, which can be applied like piped icing or, as in this case, in a sheet like wallpaper and sealed with varnish. Holland & Holland set up business between 1850 and 1860 providing a small range of earliest dates for this carriage that appears to be earlier.