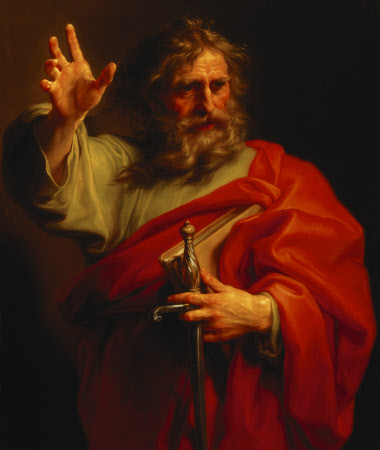 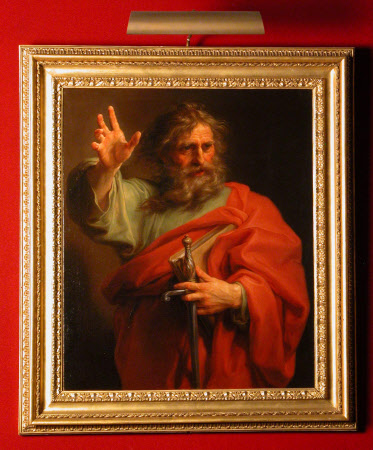 This founding figure of the Christian Church is from a group of eight pictures now in the Iliffe Collection, that comes from a set of twelve pictures of God the Father and the Apostles, originally painted for the town palace of Count Cesare and Fra Giuseppe Merenda in Forlí. They were Batoni's most dedicated patrons, commissioning at least 32 paintings from him between about 1740 and 1750. St Paul holds the sword with which he was martyred by decapitation, and appears to address us, in token of his great powers as a preacher.

Oil painting on canvas, Saint Paul by Pompeo Girolamo Batoni (Lucca 1708 – Rome 1787), 1740-43. A three-quarter length, stands with right arm outstretched as he preaches, his head turned to his left and eyes down. With left arm holds book and sword against him. Brown hair and long beard, green tunic and red cloak. Moulded gilt frame. Part of set with NT/BAS/P/12-15,17,18,20.