God the Father and the Holy Spirit 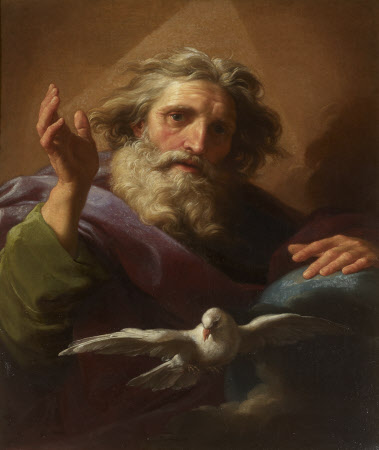 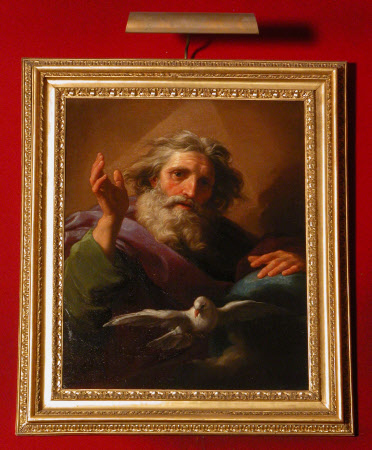 In this striking painting, the figures of God the Father and the Holy Spirit (in the form of a dove) are depicted in energetic movement. It is one in a set of twelve paintings of God the Father and the apostles by Pompeo Batoni, the acclaimed Roman artist of the Grand Tour. Batoni was probably inspired by an earlier set by Rubens, studio replicas of which were in the Pallavicini collection in Rome by 1665. The set was commissioned in 1740 by one of Batoni's most dedicated patrons, Count Cesare Merenda. Merenda acquired 30 paintings by Batoni and displayed them in his palace in Forlì, south-east of Bologna. The Merenda collection was dispersed in 1959. In addition to this painting of God the Father, seven paintings from this set now hang at Basildon Park.

Oil painting on canvas, God the Father and the Holy Spirit by Pompeo Girolamo Batoni (Lucca 1708 – Rome 1787), 1740-43. A half-length, illuminated by shaft of light above. He raises right hand in peace as dove flies away. Grey hair and beard, green tunic and purple cloak. Moulded gilt frame. Part of set of eight.