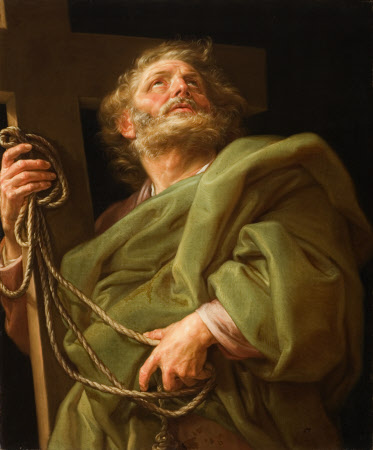 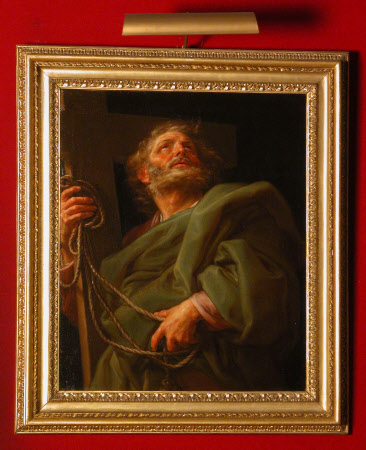 Oil painting on canvas, Saint Philip by Pompeo Girolamo Batoni (Lucca 1708 – Rome 1787), 1740-43. A half length, with grey hair and beard, brown tunic and green cloak, turned half right, head raised and looking up to his left. In left hand holds rope which entwines with large cross held in right. He is said to have journeyed to Scythia preaching the gospel and to the city of Hierapolis, whe he banished, with the aid of the cross, a serpent or dragon, which was the object of local worship in the temple of Mars. Moulded gilt frame. Part of set.