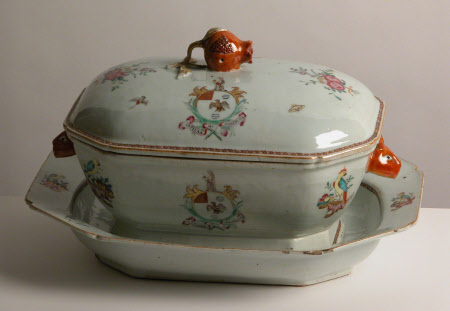 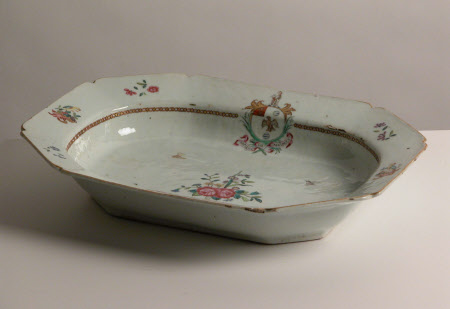 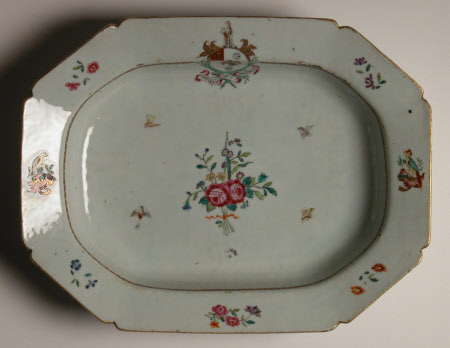 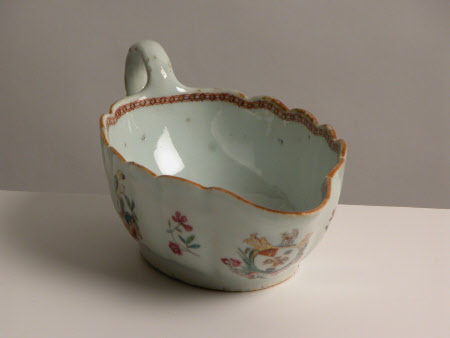 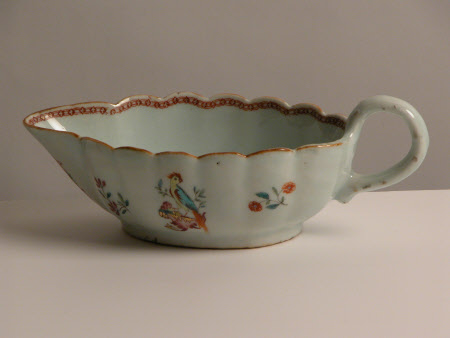 This tureen is part of a Chinese porcelain dinner service that belonged to the first owner of Basildon Park, Francis Sykes before he was created a baronet in 1781. It is in the popular Chinese ‘famille rose’ pattern with the Sykes armorial crest on the lid and base. The dinner service appeared in an auction in Sweden in 1987 and was purchased with the help of the Art Fund and the Iliffe family.

Tureen stand in famille rose enamels with the arms of Sykes of Basildon Park. Crest at top of plate, above central motif of two pink roses tied with a red ribbon surrounded by butterflies and birds. Flower sprays and two further birds around gilded edge of plate. The crest bears a lady of Bengal holding a rose in her right hand, above an oval enclosing an eagle and insignia, the motto SAPIENS QUI ASSIDUUS ('He is wise who is industrious') below. The tureen stand is in the shape of an elongated octagon with moulded corners and indentations (see General Note below). Part of a Chinese porcelain dinner service of c.1765-70 made for Francis Sykes, later Sir Francis, 1st Baronet (see NT/BAS/C/30A-N).