Basildon Park from the West 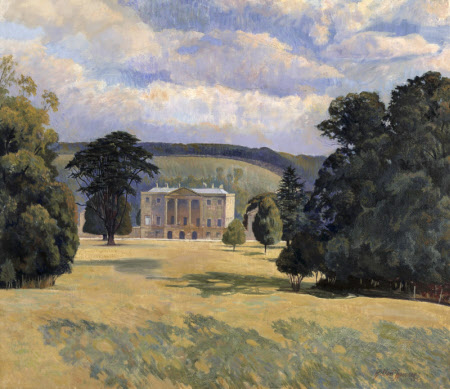 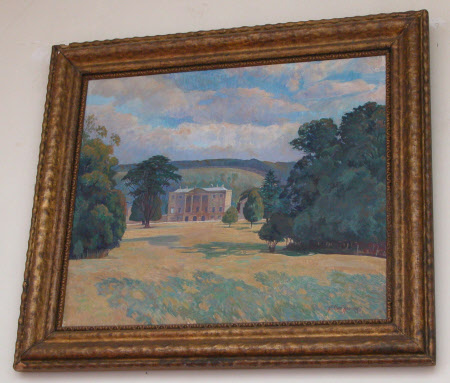 Oil painting on canvas, Basildon Park from the West by Gilbert Spencer, RA (Cookham 1892-1979), signed, bottom right: 'Gilbert Spencer/ 1959' . A distant view of the front of the house from across the park. A sun-filled image with mature trees in the park in full leaf and shadows cast across the bleached grass in the foreground. Sloping green hills rise up behind the house in the distance. During his later years, Gilbert Spencer moved from London to live at Tree Cottage in the village of Upper Basildon, close to the Basildon Park estate. He was a friend of Edward Langton Iliffe, 2nd Baron Iliffe (1908-1996), the last owner of Basildon Park.

On loan from the Trustees of the Iliffe Estate; accepted by HM Government in lieu of inheritance tax and allocated to the National Trust for display at Basildon Park, 2010

Basildon Park, The Iliffe Collection (accepted by HM Government in lieu of inheritance tax and allocated to the National Trust in 2010)