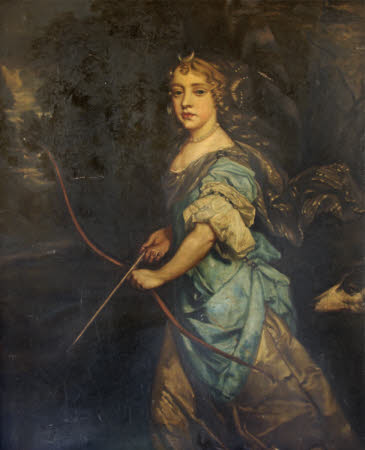 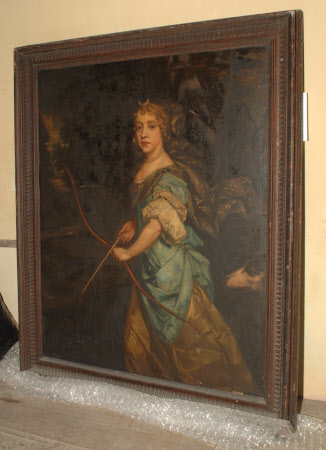 Oil painting on canvas, Queen Mary II (1662–1694) when Princess Mary of York, as Diana, after Sir Peter Lely (Soest 1618 – London 1680), circa 1672. She is depicted as Diana, the goddess of hunting. She is walking in a landscape drawing her bow and wearing a crescent moon on her head and is accompanied by a greyhound. She wears a sumptuous silk dress with a golden skirt and blue top. The painting is a copy after the original which has been in the Royal Collection since 1710 and another copy of which is in the Darlington Borough Art Collection.