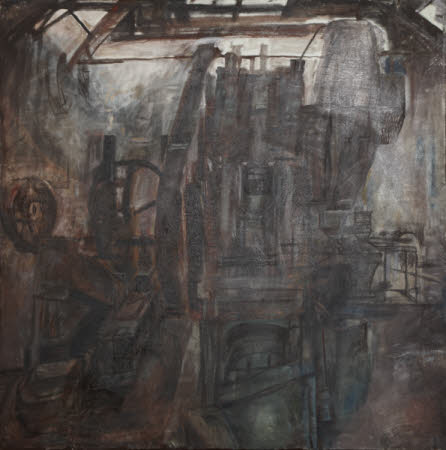 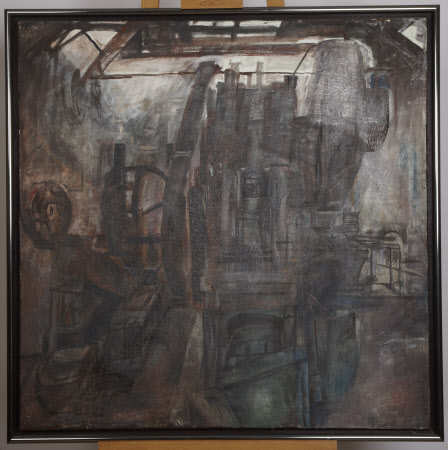 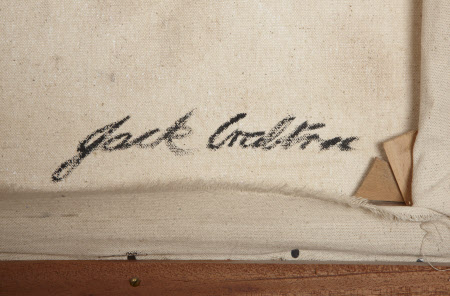 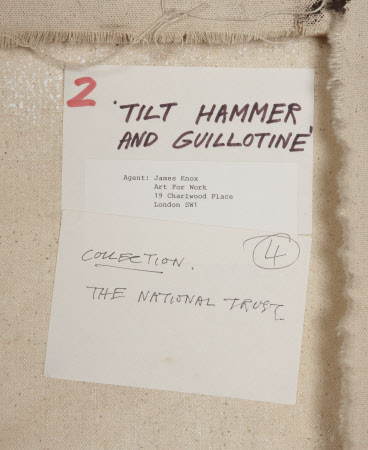 Patterson’s was the last surviving, working, water-driven spade mill in the British Isles. It was acquired by the National Trust in 1991. At the time Jack Crabtree, well-known for documenting the South Wales coal industry, was commissioned by the Trust’s Foundation for Art scheme. This is one of a group of powerful works he created with striking imagery from grim industrial subject matter.

Oil painting on canvas, The Tilt Hammer and Guillotine, Patterson's Spade Mill, Templepatrick, Co. Antrim by Jack Crabtree (b. Rochdale 1938), signed on back, circa 1991/92.

Commissioned by the National Trust's Foundation for Art, 1991-92