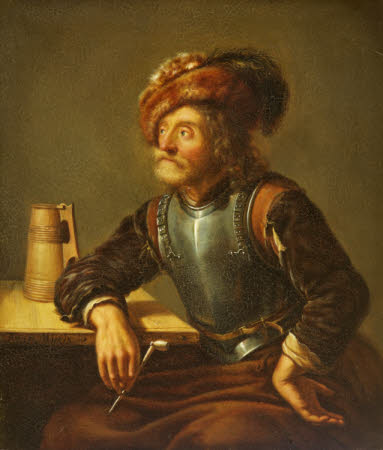 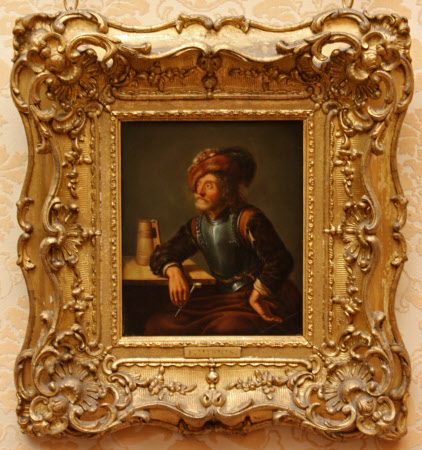 Oil painting on copper, A Soldier in a Cuirass seated at a Table holding a Pipe, after Frans van Mieris the elder (Leyden 1635 - Leyden 1681), bears signature Frans Mieris (lower left on table edge) and with inscription Fran Mieris on the reverse. Stated by Sotheby's (2002) to be 18th century copy after lost original of circa 1655-57 by Frans van Mieris the Elder.