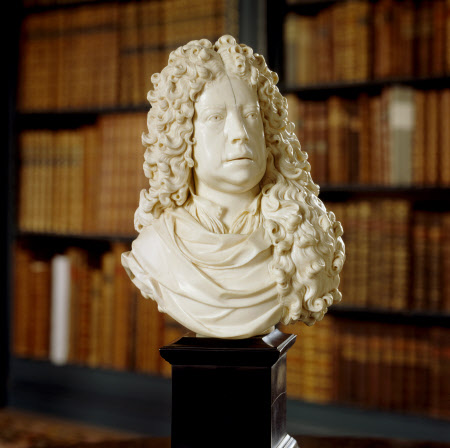 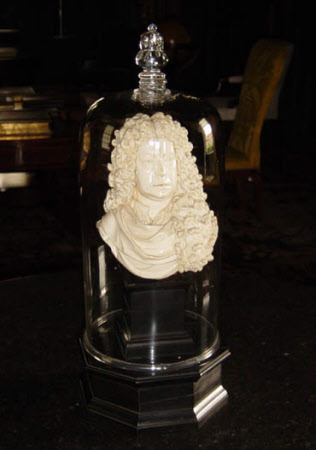 This bust was bought for Wimpole in 1739 by Edward Harley, 2nd Earl of Oxford, who transformed Wimpole Hall into one of the grandest Baroque country houses in England. The bust was displayed in his magnificent Library. It was sold by his widow in 1742, but bought and returned to Wimpole that year by Philip Yorke, 1st Earl of Hardwicke. He was married to Lord Somers’ niece Margaret, and like Lord Somers held the position of Lord Chancellor.

Belonged to Professor Sir Albert Richardson, PRA (1880 – 1964); bought in 1939, prior to his ownership it was part of the contents of the House; accepted by HM Government in lieu of (inheritance) tax, and allocated to the National Trust for display at Wimpole 1985.