Emperor Marcus Aurelius, Emperor of Rome (121-180) as a Young Man (after the Antique) 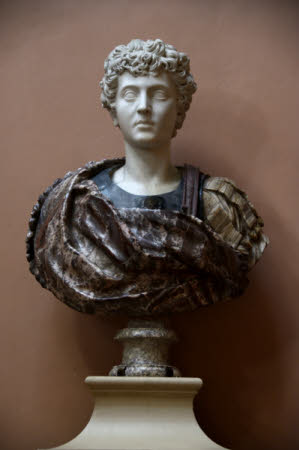 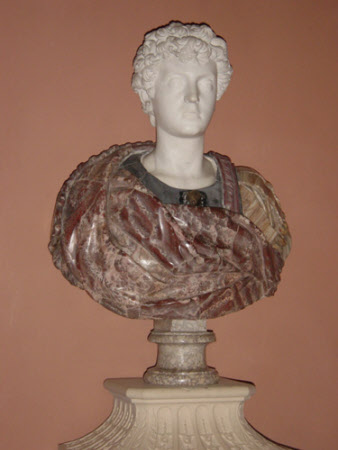 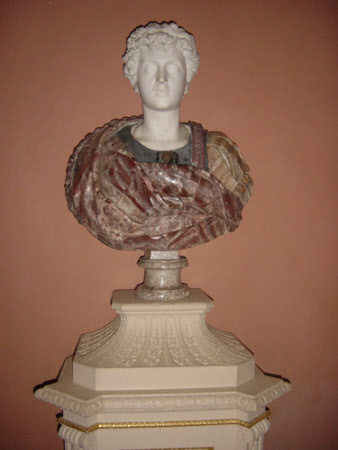 At Wimploe Hall at least by circa 1777, when the artist-clergyman the Reverend Thomas Kerrich made a brief list of pictures and sculpture in the house, noting ‘4 Antique Busts—one is Caracalla’ in the Gallery; introduced by Philip Yorke, 2nd Earl of Hardwicke, PC, MP, FRS (1720-1790) although they may equally have been acquired by Edward Harley, 2nd Earl of Oxford (1689-1741) who had a strong predilection for antiquities; by descent until sold with the house to Thomas Agar-Robartes, 6th Viscount Clifden, 1894; (only one of six emperors kept by Elsei Bambridge) sold with the house to Captain and Mrs George Bambridge, 1938; bequeathed by Mrs Bambridge to the National Trust with the house, 1976.