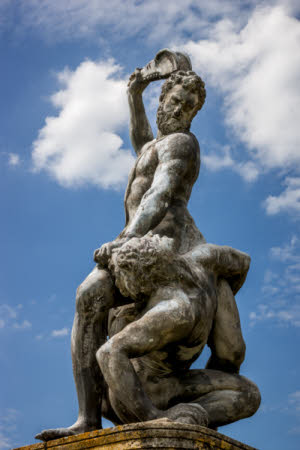 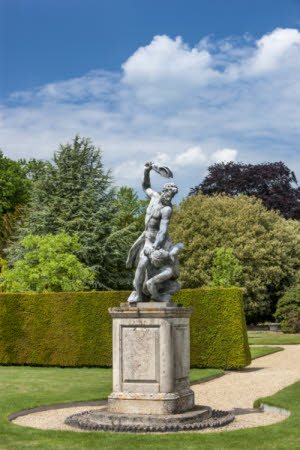 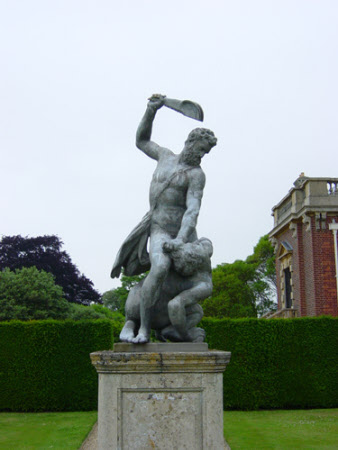 A lead copy of a marble statue by Giambologna (1529-1608). The original, carved in 1560-62 for Francesco I de'Medici (1541-87), was the first of Giambologna's great monumental sculptural groups; it is now in the Victoria and Albert Museum, London (A.7-1954). John Nost I from Mechelen is first recorded in England in 1686, working with the stone carver John Vandestaine at Windsor Castle. Although he worked in marble and stone Nost gained a particular reputation for lead statuary, often copies from the antique, commissioned by royalty and the aristocracy as garden ornamentation. Alice Rylance-Watson January 2019

Bequeathed by Elsie Kipling, Mrs George Bambridge (1896 - 1976), daughter of Rudyard Kipling, to the National Trust together with Wimpole Hall, all its contents and an estate of 3,000 acres.