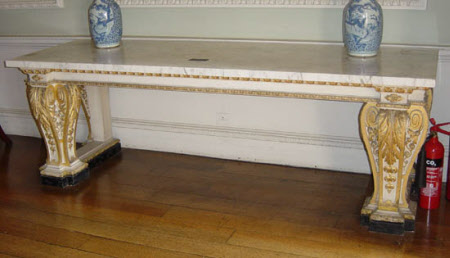 A set of four pieces of painted pine, parcel-gilt and marble-topped dining room furniture, English, circa 1860, designed and made by Rattee & Kett (1855 - 1926) of Cambridge. The set comprising a pedestal sideboard, two serving tables and a side table.