Silver gilt bowl given by George I as a christening present to James Lamb's infant son George Lamb, born in Lamb House on night that the King took refuge following the stranding of his ship 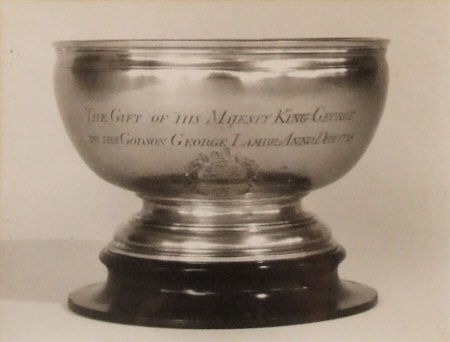 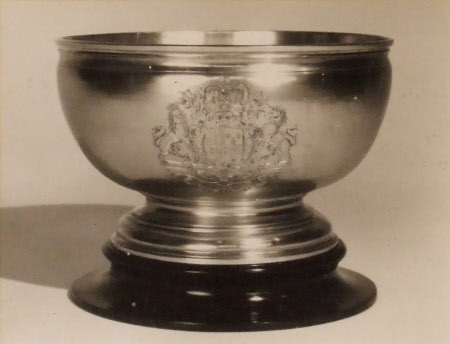 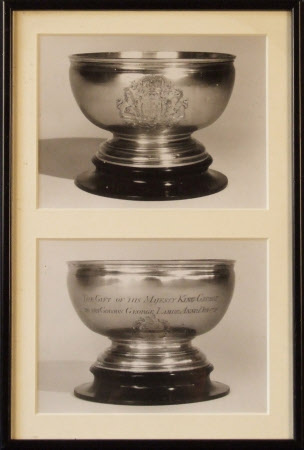 When King George I’s ship was driven onto Camber Sands by a storm in 1726, Lamb House was considered to be the most suitable local accommodation on offer. And despite the fact that James Lamb’s wife was heavily pregnant, their bed was given to the King. That very night, she gave birth to the aptly-named George Lamb. Due to heavy snow the King attended his baptism two days later, and presented this silver gilt bowl (as seen in this black and white photograph), along with 100 guineas, to the family as a gift. In 1902 Henry James had occasion to view the bowl – which was being kept in a bank vault in Rye – and was so impressed that it may have been a source of inspiration for his 1904 novel “The Golden Bowl”.

Black-and-white photograph of silver gilt bowl given by George I as christening present to James Lamb's infant son, born in Lamb House on night that the King took refuge following the stranding of his ship. The story of this unforseen Royal visit is told in "The Story of Lamb House" by H. Montgomery Hyde.