View of West Street to the Church, Rye 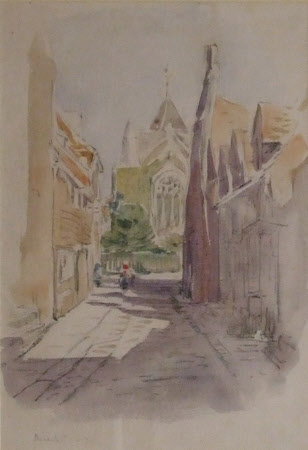 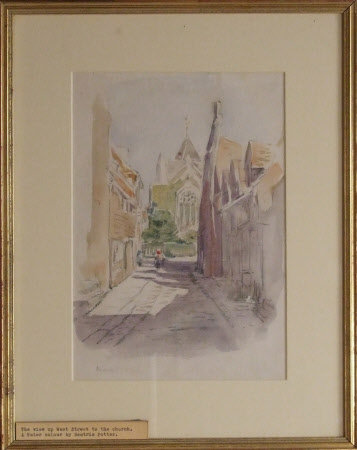 Beatrix Potter painted this watercolour in March 1907 for the story “The Tale of the Faithful Dove”, which was set in Rye, where she sometimes went on holiday. Even though she produced a group of sketches for the book, it was not published in her lifetime – likely due to problems with a disorganized publisher. It was not until 1955 that Frederick Warne & Co. published the story and even then it was only in order to hold the copyright as it was going to be released in an American magazine. Sadly, this edition neglected to include any pictures and a later version published in 1970 was illustrated by Marie Angel.

Watercolour on paper, View up West Street to the Church, Rye by Beatrix Potter (London 1866 – Near Sawrey, Cumbria 1943), inscribed "March [19] 07". This watercolour was intended as an illustration for Beatrix Potter's book "The Tale of the Faithful Dove", but no illustrations were included when it was published in 1955.