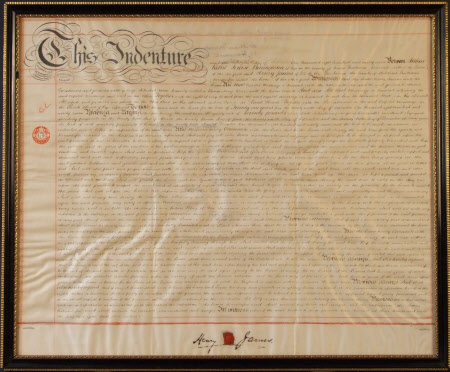 “I am doomed to live here” Henry James wrote to a friend in 1897 after falling in love with Lamb House on a visit to Rye. The American author was so taken by the property that he jumped at the chance to lease it later that year. James found the peaceful retreat he was looking for and wrote many of his best works at Lamb House, living there until his death in 1916. The property remained in the hands of the James family until 1948 when his nephew, Henry James III, presented it to the National Trust.

Framed facsimile of Henry James's lease of Lamb House from Arthur Bellingham in 1897.