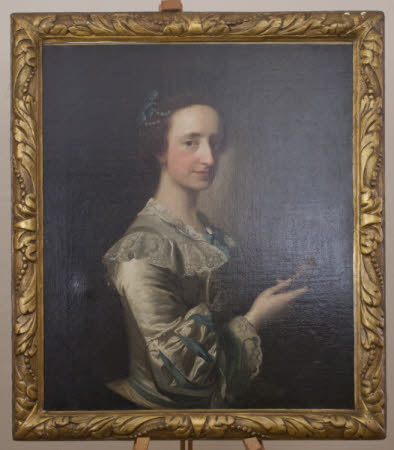 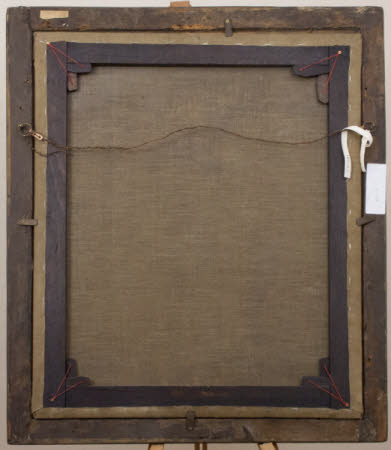 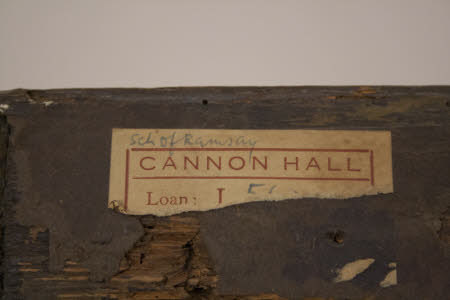 Oil painting on canvas, Called Frances Evelyn Glanville, the Hon. Mrs Edward Boscawen (1719-1803) by Allan Ramsay (Edinburgh 1713 - Dover 1784), signed and dated lower right: A. Ramsay 1749. A feigned oval half-length portrait in a white satin dress trimmed with lace and a blue ribbon, and holding a miniature apparently of her husband, Admiral Boscawen. She was the daughter of William Evelyn (who later took the name of his wife Frances Glanville) and married in Edward Boscawen, third son of 1st Viscount Falmouth, admiral in 1758 and victory at Lagos Bay in 1759 which made him a national hero, in 1742. Their country seat was Hatchlands (NT). Their daughter, Frances and the artist's daughter, Amelia became close friends. In a late 17th century frame.

By family descent at Croome; on loan to the National Trust by The Croome Heritage Trust in December 2007.