Design For A Statue of A Druid On A Plinth 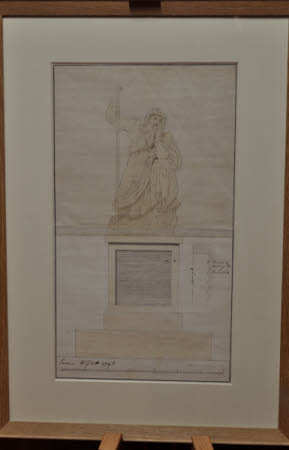 A design for a statue on a plinth of a Druid, signed and dated ‘James Wyatt 1796’ (lower left) and annotated with scale; pencil, pen and grey and brown ink, grey and ochre wash, within a black lined border.

Drawn by James Wyatt in 1796. Loaned to The National Trust by The Croome Heritage Trust in December 2007