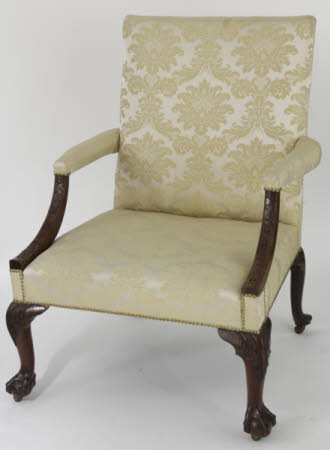 Possibly one of the sets of six mahogany armchairs invoiced my Messrs. Vile and Cobb, Mr William France or Mr John Bradburn in 1761, 1763 and 1765 respectively. Loaned to The National Trust by The Croome Heritage Trust in December 2007.