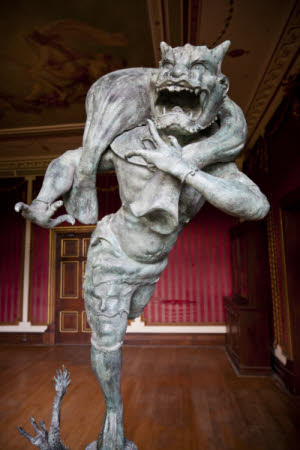 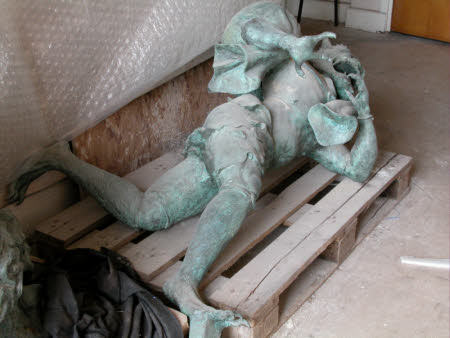 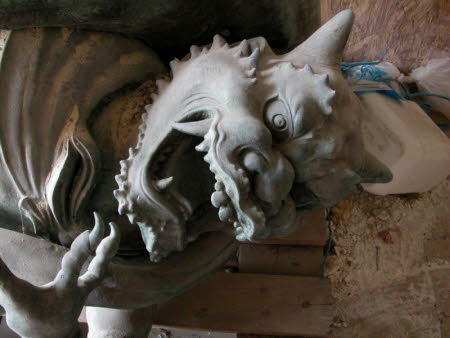 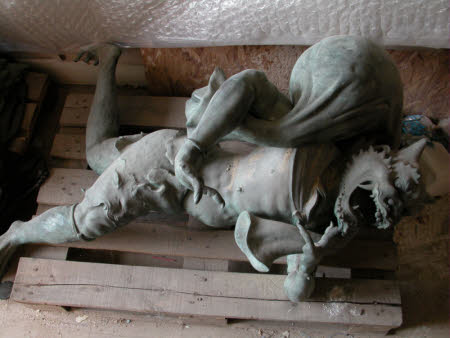 Bronze, Fujin, Japanese. A bronze statue depicting Fujin, the God of Wind. Fujin is depicted as a grotesque demon, wearing leopard skins and carrying his bag of winds over his shoulders. Fuijin is usually depicted along with Raijin, the god of thunder, lightning and storms. A sculpture of Raijin accompanies this statue.

Donated to Dyffryn Gardens in 1952 by Grenville Morgan. Previously owned by Glamorgan County Council. Makes up part of the chattels at Dyffryn House and Gardens transferred to National Trust ownership as part of the lease agreement of 2012. It was agreed all moveable chattels left by the council would become the property of the National Trust.