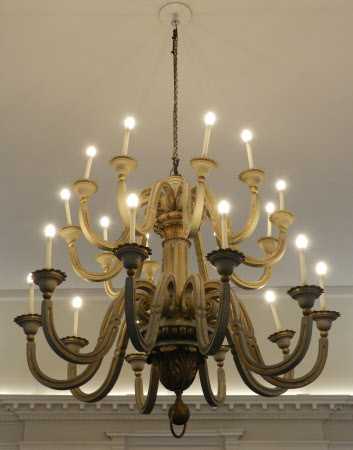 A Regency style painted and parcel gilt carved wood twenty branch chandelier. Cream painted overall with gilt highlights, with ten s-scroll branches in the upper tier, above ten further larger branches in a lower tier. United by a fluted column and terminating to the underside with a gilded finial with an egg and dart border above an acanthus clasped bell and a spherical knop to the bottom. Wired for electricity and fitted with imitation candle electric lights.