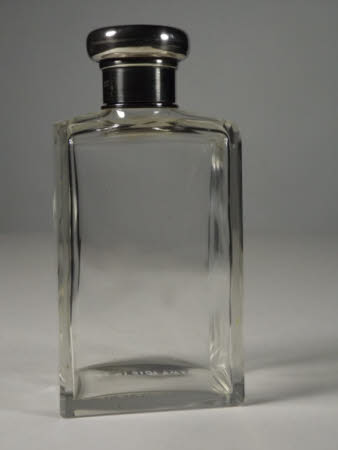 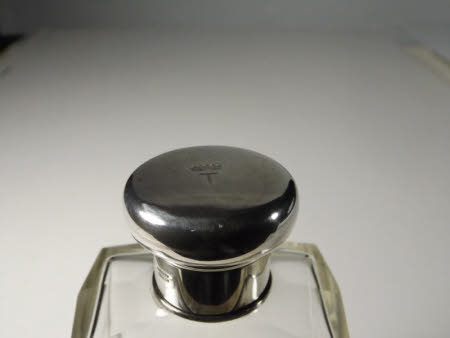 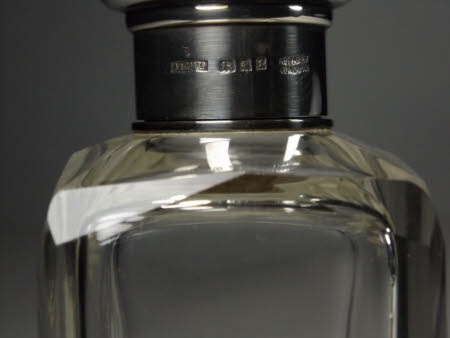 Bottle. A rectangular glass bottle with sloping shoulders and silver lid belonging to a gentleman's leather vanity case by Asprey, London. The silver lid is engraved with the initial T and coronet of Lord Tredegar. Belonged to Evan Morgan and later his valet Henry (Horace) Smith.