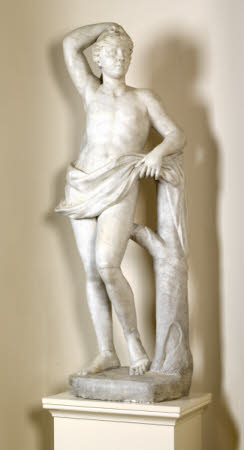 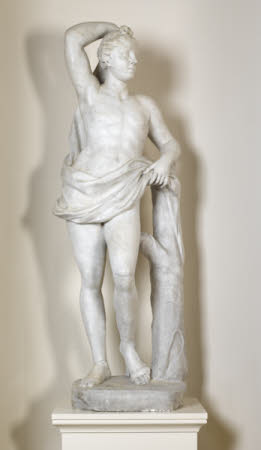 White marble sculpture on an integral plinth, Apollino (after the Antique), Italian School, early 18th century. The original was recorded as in the Villa Medici in Rome in 1704 by Maffei and is probably identical with the Medici Apollo (often regarded as an adaptation of a staue by Praxiteles) recorded in December 1684 as amongst those statues of which the French Academy in Rome had casts made. It was taken to Florence in 1769-70 and placed in the Tribuna in 1771. It was removed to Palermo in 1800, to escape the French and returned in 1803. A full-size copy was in Thomas Hope's collection in Deepdene, Surrey. This version has drapery around the lower body.